Governance and institutions are critical for understanding and modelling anthropogenic impacts on biodiversity, and nature’s contributions to people, and for taking action to ensure a more sustainable future. Ostrom’s framework for social-ecological system sustainability is among the best-known and most widely used approach for thinking about natural resource governance and its relationship to biodiversity. Many quantitative analyses have been inspired by Ostrom’s SES framework, generating important insights concerning the complexity of SESs and drivers of sustainability outcomes. At the same time, applications of the SES framework often adopt an ad-hoc approach for defining and measuring institutions, posing an immense challenge for advancing theory. A lack of clarity about what institutions are and how to represent them in models has meant that many of the variables and relationships within Ostrom’s framework remain ambiguous (e.g., the nature of the relationships between core components, the relevance and relative importance of the many different variables that it describes, and the influence of social-ecological feedbacks on the decision-making processes that occur in ‘action situations’).

Further uncertainty over the generality of some of Ostrom’s key findings (e.g., her design principles for common property institutions) arises when they are applied outside their original domain of relatively small-scale common property systems. For example, it is unclear whether polycentric governance is more resilient than a more hierarchical governance system in cases where social capital is low and/or private land ownership is dominant; and the ways in which institutional design principles developed in local systems scale up (or do not scale) to apply to larger societies are poorly understood. Furthermore, institutions have been studied mostly as one-shot sustainability interventions, without paying much attention to the processes of institutional change and co-evolution with other SES components and the challenges they face.

A PECS working group addressing questions surrounding this theme will contribute to the core agenda and goals of PECS through its findings. In addition, our proposed initiative is data-hungry and has the potential to both learn from other PECS working groups and act as a cross-cutting theme in which we ask other groups to reflect on the roles of institutions in their case studies and the potential for collecting standardised data sets for comparative analysis. 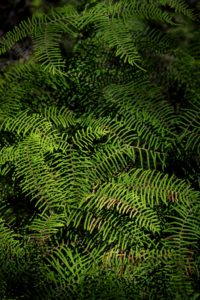 Transforming charcoal sectors for sustainable energy futures: A synthesis of concepts, visions and perspectives from the Global [...]

Transdisciplinarity for Transformation (T4T) We are a community of practice that exchanges experiences about how [...]

Trade-offs and synergies in multifunctional landscapes