This is a combined Future Earth Fast Track Initiative and Clustering project that will establish the scientific foundation, goals and mission of an urban Future Earth initiative (or several initiatives) based upon the collaboration and expertise of the Global Environmental Change (GEC) projects, outside researchers and stakeholders.

This initiative is co-led by Thomas Elmqvist (Stockholm Resilience Centre), Patricia Romero Lankao (UGEC), PECS and other Future Earth projects. It will likely spawn several initiatives including initiation of one to three major projects and coordinating mechanism for urban research within Future Earth. Likelihood of more than one urban initiative is high, given the diversity of urban-related research within the GEC community and elsewhere. A distinctive output from this process will be an edited volume providing a representation of the different intellectual traditions of how ‘urban’ is conceived, and researched scientific domains focused on key interactions between urbanization, urban areas and environmental change. Chapters will not only assess what disciplinary and practical knowledge exists on urbanization in the GEC context, but will be forward looking and thus ask proactive questions and explore cutting edge science. As such, this output will form a benchmark in its own right, but also represent the first tangible product of the urban transition process into Future Earth.

The pace and scale of contemporary urbanization is a defining feature of the Anthropocene, which characterizes the dominance of human influence on the global environment. For the first time more people live in urban than rural areas, approximately 60% or 3.5 billion people, and this number is projected to increase to 6.3 billion by 2050. Urbanization is the most human-dominated landscape on the planet and is a key driver of environmental changes at local to regional and global scales through alteration of land cover, ecosystems and biodiversity, hydrological and biogeochemical cycles. Moreover, the global environmental changes already underway are profound and in some ways irreversible. Altogether, this has serious implications for future human and environmental health, and social wellbeing.

There is an urgent need and at the same time a window of opportunity for change – to build and re-build cities on low-carbon and resilient principles, that are equitable, just and ecologically sound before irreversibility and lock-in. The complexity of urban systems and the global sustainability challenges that we face require inter- and trans- disciplinary research approaches that adopt a contextual approach to finding solutions. Traditions of addressing urban complexities have long existed in the social sciences (sociology, geography, anthropology, demography) as well as in engineering science (built constructions in relation to density, population size, and economic function). In recent years, the relationships between urbanization, urban areas and environmental change have generated increased interest in research and policy circles for two reasons:

Despite decades of independent lines of research on GEC, urban areas and urbanization, we have barely scratched the surface in our efforts to understand the many processes and interconnections through which resource use and environmental burdens driven by urbanization induce environmental changes, and which city-relevant interventions are effective, where, and why. A lack of interdisciplinary and co-produced research on the influence of urbanization and urban areas on environmental change profoundly limits the potential to intentionally shift development pathways through planned governmental actions. Without an improved and co-produced understanding of the diverse linkages between natural, socio-institutional and built-environment components of urban change and environmental impacts, it will be difficult to evaluate the potential and efficacy of GHG mitigation and adaptation actions. Thus, efforts are needed towards creating more holistic frameworks and integration that builds upon the existing research foundation and facilitates intensive interactions among multiple disciplines in developing new perspectives, theory and methods for understanding urban systems, and to further explore the key research and policy questions for a better understanding of how to achieve global sustainability in an urbanizing world.

The activities of this project focus on a process that will result in a clear and well-defined urban research initiative(s) within the Future Earth framework. The key point is that there are a number of projects and initiatives within and outside of the GEC Programmes engaged to varying extents in urban research and practice, but coming from very different disciplinary backgrounds. The proposed workshops within this project are designed to find the synergies and to develop a new integrative and interdisciplinary urban project within Future Earth. This will take dialogue and time, but is a very important process for developing a true co-designed and bottom-up driven initiative.

UGEC is currently in its synthesis phase and much of its 8+ years of work will be informing the process and ways forward for the next phase of ‘urban’. Additionally, a Scoping Meeting (February 2014) has already started the process of engaging urban researchers and other stakeholders around the same table, and progress has been made in thinking about key urban research and practice/policy questions moving forward; gaps in knowledge; major challenges and opportunities for developing conceptual and methodological frameworks that support the global transformation to sustainability in the context of an urbanizing planet; and operational mechanisms that must be in place for a successful interdisciplinary project that fits within Future Earth. As part of this process we will develop a more interdisciplinary view on ‘What is urban?’ within the framework of Future Earth. This question is an entry point whereby leading scholars from relevant disciplines and urban practitioner communities can address many of these same key questions and develop their own views through exploring gaps in knowledge, conceptual and methodological needs for doing urbanization and GEC research as well as challenges and opportunities for developing more interdisciplinary understandings of the urban system. This activity will allow for synthesis, offer messages and suggestions for ways forward in the field, and develop the foundation for a fresh interdisciplinary approach within Future Earth which is the long-term goal of our combined activities. 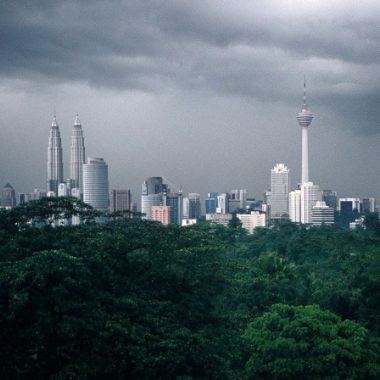 Seeds of a Good Anthropocene

Seeds of a Good Anthropocene This is a suite of research activities that  aim to [...]