Seeds of a Good Anthropocene

This is a suite of research activities that  aim to solicit, explore, and develop a suite of alternative, plausible visions of “Good Anthropocenes” – positive visions of futures that are socially and ecologically desirable, just, and sustainable.

Popular and scientific forecasts of the future are dominated by dystopian visions of environmental degradation and social inequality.  Scientific assessments have demonstrated that more positive, desirable trajectories and futures appear to be possible, however thus far, the global community’s efforts to imagine positive futures has led to visions that tend to be utopian, not well articulated, and too much like the world we already live in, and the steps to achieve these worlds remains unclear. We aim to initiate wider global discussions of the kinds of positive social-ecological futures people would like to create and to expand discussions beyond efforts focused on avoiding negative futures or taking incremental steps forward.

A future “Good Anthropocene” will probably be radically different from the world in which we are currently living. It will require fundamental changes in values, worldviews, relationships among people, and between people and nature. We aim to scope out some of these radical changes that go beyond more incremental improvements (e.g., reducing pollution or increasing the environmental efficiency of agricultural production) that are the focus of much of today’s sustainability dialogue.  The seeds of these future already occur in many places around the world. Identifying where these elements of a Good Anthropocene currently exist on the planet, and understanding how and why they occur, can help us envision how we might grow them to create new, positive futures for the Earth and humanity. In the Future Earth Fast Track Initiative project called “Bright Spots: Seeds of a Good Anthropocene” (which is co-led by ecoSERVICES and PECS) we will bring together researchers from multiple disciplines and broad geographical distribution to (a) discuss the meaning and characteristics of a ‘good’ Anthropocene, (b) develop criteria by which we might assess seeds of a ‘good’ Anthropocene, (c) design workshops and other means to collect ideas of seeds from around the world and (d) identify broader networks that could be targeted and involved in this process.

We will anchor these discussions in a diverse global set of regional studies of human-nature interaction, in places such as South Africa, the Arctic and Sweden.

We’ve already run several regional and international workshops and just recently published a paper in Frontiers in Ecology and the Environment. For more information go to the project website. 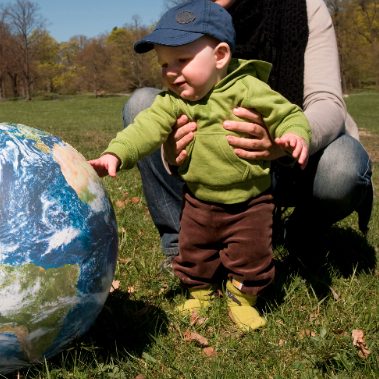 Collective and care-full transformations for sustainability science As transdisciplinary science progresses on the question of [...]